You are here: Home / Blog / Just a Chatty Post

Hey There Friends! It’s been a while since I’ve had just a chatty post and since those are some of my favorites to read, I thought I’d write one!

Let’s see… starting with fitness stuff. Remember last year when I signed up for the St. Jude’s 5k without actually having enough time to train for it? And I had a great time and said I was totally going to stick with running and that I would never do that to myself again? But then you haven’t seen me mention running since? Well, my company held a virtual 5k that I had 6 weeks to train for so I totally signed up for it! And I ran it. Except I was a total dummy and when I measured out the distance the night before I measured too far. So when I ran it I turned around “just a smidge” sooner. So when I stopped it was waay too short and I wound up walking/jogging around the parking lot for a little while to get to the full distance. Yep, that’s me. But, other than that I ran the whole thing and I’m still running a couple times a week!

Also, CrossFit didn’t work out. Even with 3 months I didn’t quite use all of the classes on my punchcard. It didn’t help that the Open was shortly after I started and I wasn’t ready or interested in participating. But I think that I’m just not a “get there at a certain time” kinda girl with my fitness. I mean, if it’s a once in a blue moon kinda thing, sure! But otherwise the party starts when I show up.

Speaking of fitness parties, I went to a yoga and mimosas fundraiser event with friends recently! That’s the kind of group fitness party I can make it to on time.

One of the things you’ve probably noticed is that I don’t talk about Girlie nearly as much. I always did my best to respect her privacy, but now that she’s officially a teenager I really don’t want to intrude or embarrass her.

BUT… I don’t think it’s too much to mention that she got super sick over Thanksgiving. So our plans to go to a friend’s house fell through. That meant that the night before Thanksgiving I put together a list and HH ran out to the grocery store for the basics. We ate Thanksgiving dinner curled up on the couch watching “Us”. Which, strangely, may be the most “us” Thanksgiving tradition ever. It’s like in the show “This is Us” where they have their own strange Thanksgiving tradition. Well, since moving to Tampa we’ve struggled with Thanksgiving. It’s always been my favorite holiday but we haven’t been able to make it really ours here. Watching a horror movie may just be our thing. Or not… we’ll have to see what the future holds.

It turned out to likely be the flu (the one year that life gets busy and I don’t get her the flu shot in October!) so we also missed one of our favorite new traditions- mini golf during the first weekend of December, our “Floridaversary”. That’s right, we’ve been here for four years!

We also didn’t quite get our Christmas decorations up that weekend. Never fear though, our home is all decorated now! Yep, I’m the resident Ravenclaw.

I guess that’s it for my random chatty post. I’m writing this on Sunday but I’ll probably get it published tomorrow morning. Tell me something random about what’s going on in your life!!

This site uses Akismet to reduce spam. Learn how your comment data is processed.

Kristen Stout has been working to help people change unhealthy behaviors for over 15 years. Read More… 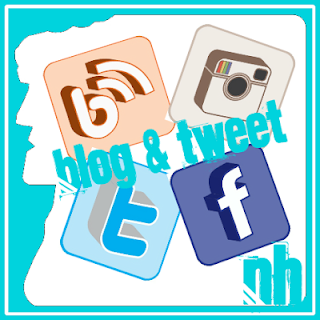