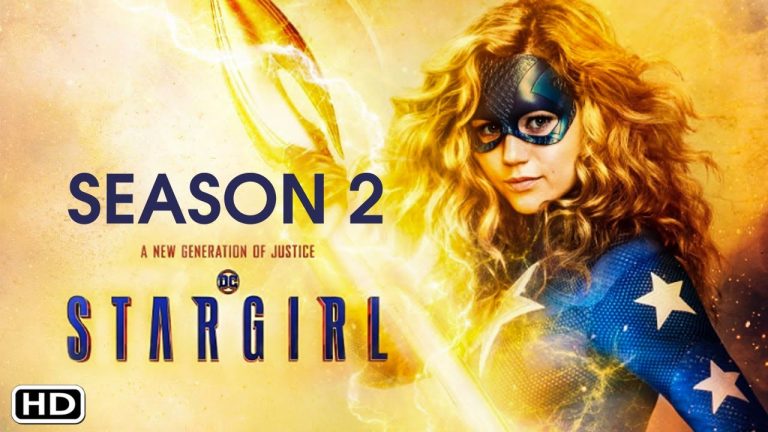 Stargirl Season 2: DC’s Stargirl has discovered its Eclipso and The Shade. And two of its main villains for the series’ upcoming Season 2 on The CW. Nick Tarabay (The Expanse) will perform the regular series role of Eclipso. And Jonathan Cake (The Affair) will return as The Shade. Additionally, Ysa Penarejo (Project Mc2) will reappear as an undisclosed DC character.

Stargirl creator/EP Geoff Johns ridiculed the forthcoming Eclipso. And also The Shade DC figures earlier this month at New York Comic-Con. “Eclipso is so terrifying. I’ve continuously loved the character. And he’s a very unusual opposition or villain than the [Injustice Society of America],” Johns said. He joined that The Shade is “the most influential of them all. And very intimidating because no one knows precisely what he wants.”

Based on Johns and Lee Moder’s DC Comics personality, Stargirl centers on teenager Courtney Whitmore (Brec Bassinger). And who determines the cosmic staff and pretends the identity of Stargirl. After entering the JSA, Stargirl enhances an inspiration to a new span of superheroes.

Tarabay’s Eclipso is one of the central opponents set. Set to clash with Stargirl’s Justice Society of America in Season 2. Eclipso is a life confined inside a blue diamond and once dominated by the Injustice Society of America. And the diamond taken in Season 1 by DeLacy’s Cindy. And also which will occur in problems for the JSA going ahead. Eclipso is an antiquated entity of corruption and retribution. Brimming with a cold, terrifying wickedness, he exploits the imperfections of others. And he is also rejoicing in the impure and sinful and sadistically grazing off the dark side of humanity.

Cake’s The Shade, an English immortal, is a typical antihero from DC Comics. And he who wields mysterious shadow powers. Tall and slim with a traditional 19th century way to his speech and behaviors. And he masks the horrors he’s born. And people he’s lost in all the time lively with wry, sarcastic retorts. He is also a hollow sense that nothing matters.

Thank you for subscribing.

we respect your privacy and take protecting it seriously

We use cookies on our website to give you the most relevant experience by remembering your preferences and repeat visits. By clicking “Accept All”, you consent to the use of ALL the cookies. However, you may visit "Cookie Settings" to provide a controlled consent.
Cookie SettingsAccept All
Manage consent

This website uses cookies to improve your experience while you navigate through the website. Out of these, the cookies that are categorized as necessary are stored on your browser as they are essential for the working of basic functionalities of the website. We also use third-party cookies that help us analyze and understand how you use this website. These cookies will be stored in your browser only with your consent. You also have the option to opt-out of these cookies. But opting out of some of these cookies may affect your browsing experience.
Necessary Always Enabled
Necessary cookies are absolutely essential for the website to function properly. These cookies ensure basic functionalities and security features of the website, anonymously.
Functional
Functional cookies help to perform certain functionalities like sharing the content of the website on social media platforms, collect feedbacks, and other third-party features.
Performance
Performance cookies are used to understand and analyze the key performance indexes of the website which helps in delivering a better user experience for the visitors.
Analytics
Analytical cookies are used to understand how visitors interact with the website. These cookies help provide information on metrics the number of visitors, bounce rate, traffic source, etc.
Advertisement
Advertisement cookies are used to provide visitors with relevant ads and marketing campaigns. These cookies track visitors across websites and collect information to provide customized ads.
Others
Other uncategorized cookies are those that are being analyzed and have not been classified into a category as yet.
SAVE & ACCEPT